The Serial Bridge Builder. A Conversation with Toni Rüttimann

During his life, Toni Rüttimann, 48 years old, has built over 650 bridges all over the world. He builds them using recycled materials, with the help of local communities, and without wanting any reward.
At 19 years old, in 1987, he saw on television the disaster provoked by an earthquake in Ecuador, and decided to change his life. He finished high-school, collected some money and went to Ecuador to give some kind of help. There he built his first bridge, and has not stopped ever since, save for the two years he spent paralyzed in a bed, struck by the Guillain-Barré syndrome.

Why bridges? Why did you choose to build bridges, and not something else?

In the earthquake zone at the foothills of the Andes in Ecuador, at age 19, I was deeply struck by the suffering and desperation felt at the edge of the Aguarico river, where the one and only bridge was gone, and thousands of people cut off. You live this once, and you know what it means.

A suspension bridge can be built using leftover drilling cable and leftover pipeline. The bridge-deck is made of wood brought by the peasants, who also contribute with sand, stone and labor. Meaning we hardly needed any money to build a bridge. 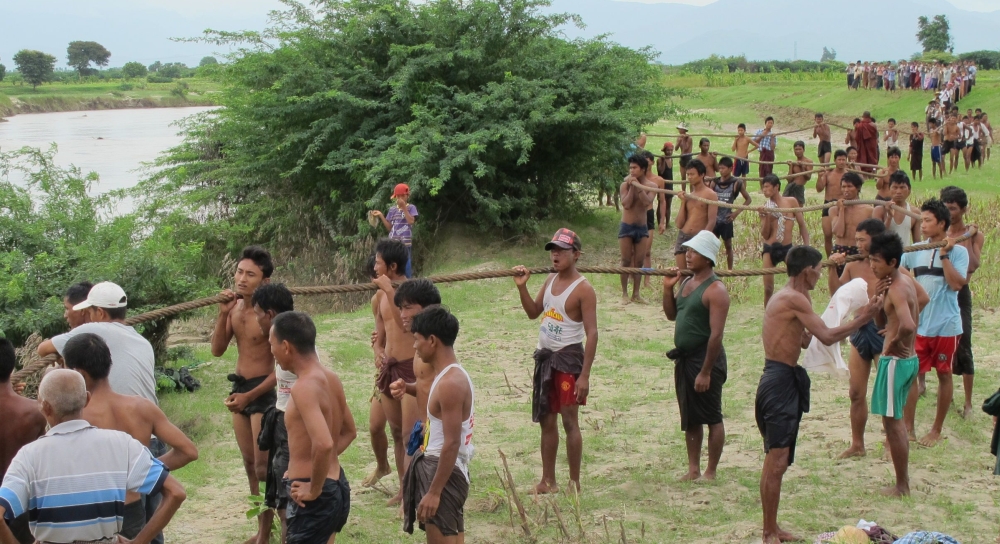 Crossing of main cable in Myanmar

Why is a bridge so important for some communities?

A bridge is not important only for “some communities”, it’s just that we don’t think about it in our daily life. But try this experiment: seriously try – for one week – not to cross any bridge while you go around. I mean every kind of bridge, for cars, for trains, for public transportations, pedestrian bridges and so on. I doubt you can do it, maybe not even for one day.

How did your homeland, Switzerland, help you in choosing the life that you’re living?

I chose it myself. But my upbringing in Switzerland helped a lot, with a good home and a solid high-school education, with 4 languages, lots of sports and nature. And skiing, as we mountain kids used to do, I learned from an early age that you are free to race down the mountain, but that a small carelessness can end in pain at best, or in a hospital or even in death. I choose my action, and then I’m responsible for it.

Do you feel like it is still helping you and supporting you?

For 10 years, now, we have been receiving our used and new cables
from cable-cars all over Switzerland. So far, it has been nearly 500km or 1’000 tons of wire steel cable. Also, there are lots of people and families sending donations, useful for things we cannot get for free. Sometimes, there are even people, at weddings and funerals, asking their guests to send donations instead of flowers.
Moreover, the Swiss passport is an enormous advantage: I can spend up to one month in many countries without needing a visa. Even though it is obviously unfair, it is something not to be underestimated by a homeless and migrant bridge-builder like me. 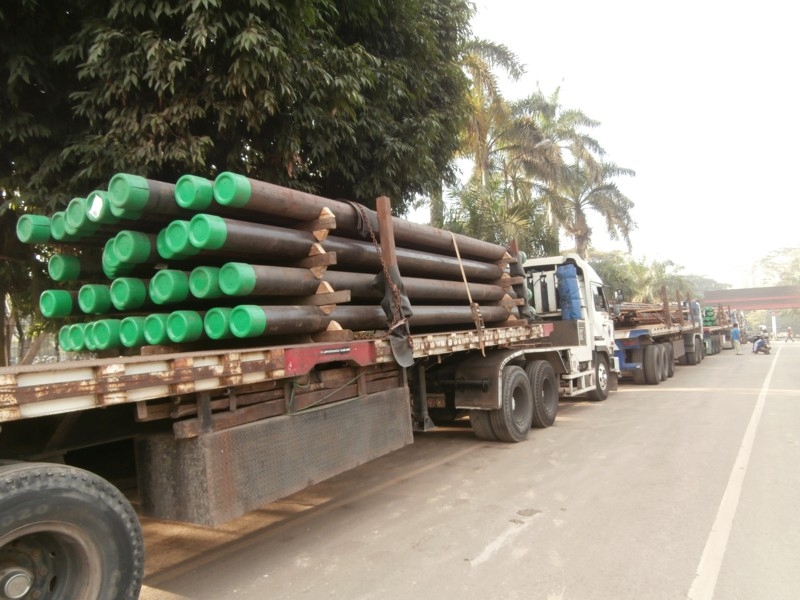 Tenaris pipe arriving at our welding yard in Indonesia

A man can do many things by himself, but in order to do great things help is always needed. Who do you feel helped you the most in your life, and how?

Hundreds, probably thousands of people have helped me a lot, and not only materially. I needed, and received lots of help from people of small villages and of big cities, from people working in companies and in the government, people from three different continents.

Regarding materials, it is Paolo Rocca, with Tenaris, who helped by far the most, giving, to this day, 2’100 tons of steel pipe and steel plates, and taking care of their shipment around the world. Compared to the 105’000 tons of sand, stone, wood and water provided by the people, it doesn’t sound as much as it actually is: I’m talking about nearly 100 shipping containers, a crucial amount. Without pipes, plates and wire ropes from Switzerland, our effort would not take us very far.

There are other persons who helped a lot, but they prefer not to be named, which shows how great they are.

How do you decide which people to help?

4 parameters:
1) Are there enough families to build the bridge? It is necessary to have at least 300 families, depending on the location and the country.
2) Do they really want to make such an effort? Namely, they have to provide sand, stones, cement, labor, transportation of what is needed to build the bridge.
3) Is it technically within our capabilities? We can do 50-100m span, according to the topography, the flow of the river and its behavior.
4) Is it possible to reach the location with the materials? This can be a major problem due to geography.

Do you always agree to build a bridge if someone comes to you asking for help?

In 2002, you were paralyzed by the Guillain-Barré Syndrome, and you had to spend two years lying in a bed. The doctors said you probably had to change your lifestyle and your job. What did you think about it?

I knew from the very beginning that it was going to be serious. I thought it was going to be something like in the true story told in the movie “Lorenzo’s Oil”, but luckily it was only Guillain-Barré Syndrome. And luckily, at that point, I had already been a bridge-builder for 15 years, and I was trained to face obstacles.

I had to lie in bed for several months, then the nerves started to grow again and I could start to train my muscles. In total, it took me 2 years, exercising for 8 hours per day. 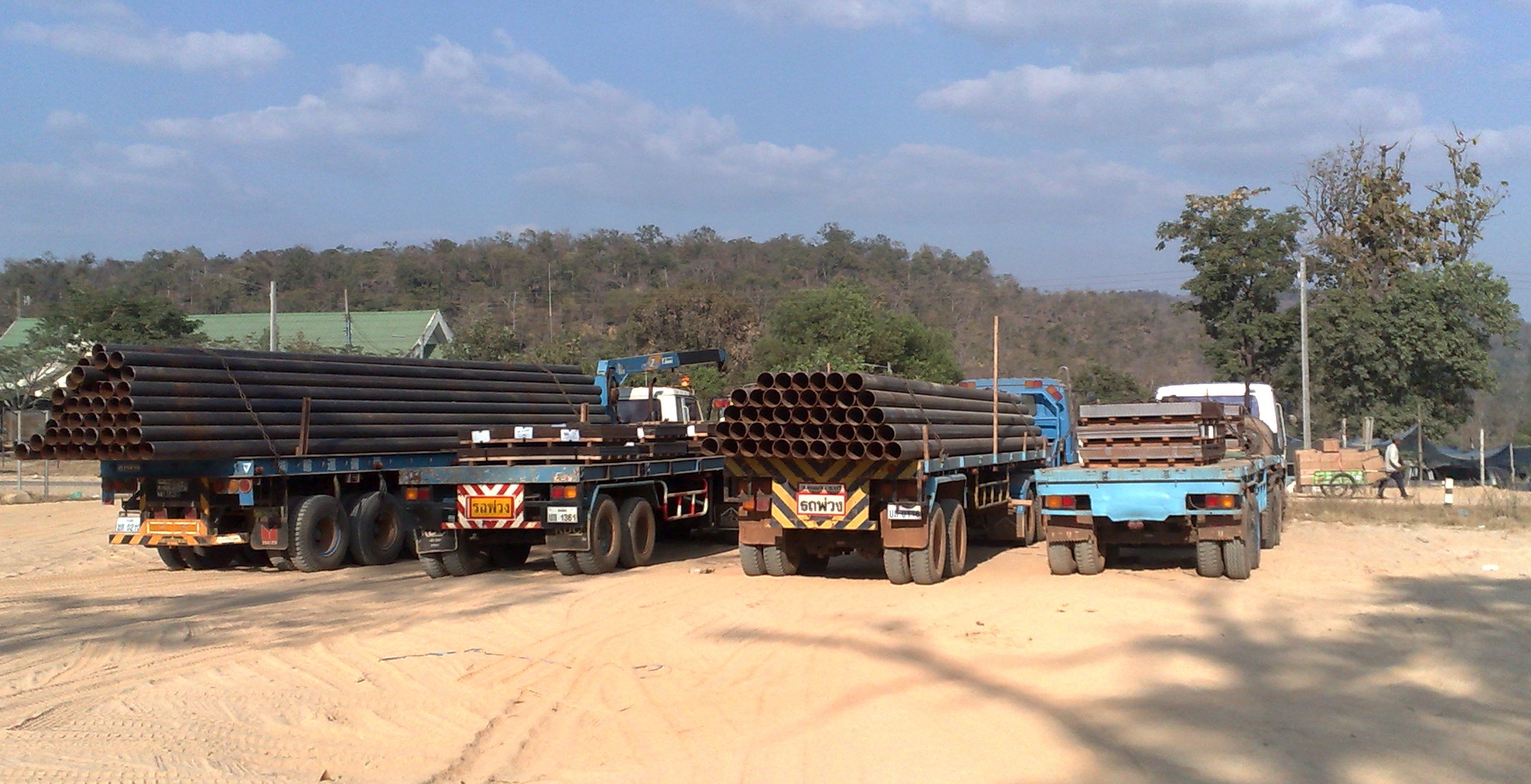 What kind of job would you have done, if they were right?

The same as I did before: the bridge-builder. I started figuring out how, and eventually I created a remote-control software to build bridges. The software did allow me to design any bridge in 15 minutes with a few clicks, so I could help my colleagues, Walter Yánez in South-America and Yin Sopul in Cambodia, to build the bridges, even if I could never again walk.

What about your future?

My future is closely linked to the future of humanity. I try to do my part.

Even though it has always been very hard due to distances, climate and topography, I especially love to work in Myanmar. Most of the people there are Buddhist, and they instinctively understand why two guys, such as my Burmese colleague Aiklian and myself, would suddenly show up and help to build a bridge so long hoped for, without asking anything in return. In other countries it is more difficult for people to believe in this kind of love.

LaThe first time you left your home and went to Ecuador, you were only 19. Many young people would like to start similar paths. Do you have some advice for them?

I’m not sure I’m the right person to give any kind of advice, because I have taken quite a radical path. Which, most likely, is directly proportional to the effect.

These are some of the specific steps I took:
– Not to have any personal demands, nor limits of time.
– Find people in need for help, right where you are, or even somewhere else.
– Be sensitive, but not naïve.
– Learn the language, and what else is needed to be able to operate.
– Find a trusted colleague, and walk in two, and no more.
– Work with the people, and respect them.
– Find materials nobody else needs, and be thankful.

Overall:
– Think for yourself, and don’t listen to marketing, or any other form of mind control.
– Carefully study current world affairs.
– Put my love in action.
– Believe in myself and in the kindness of most people. 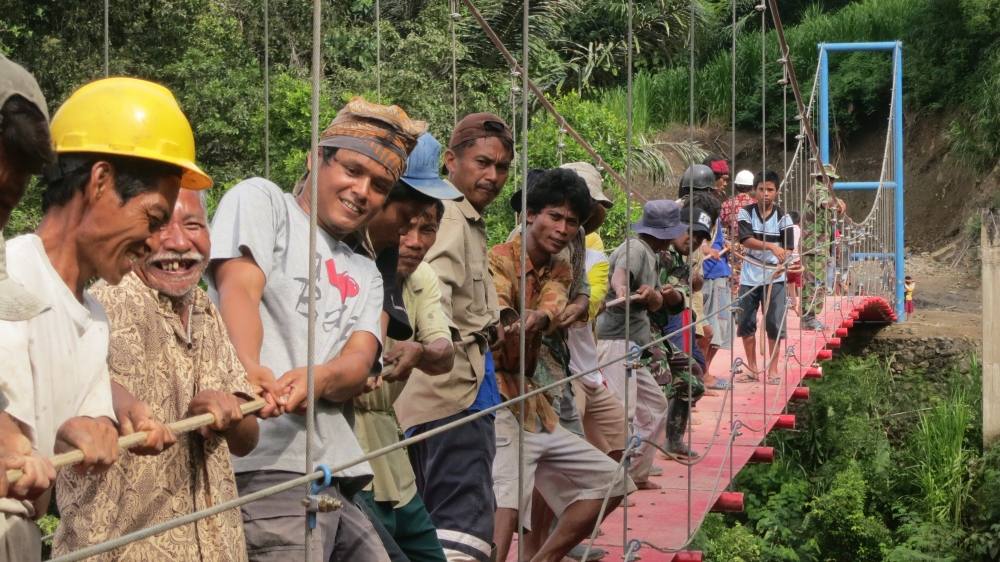 It seems like, in life, we are carried along, as if in an incessant and turbulent flow, like in one of those muddy and powerful rivers. Obviously, it is very difficult to stand up and go against the flow of such a river. The river will always be stronger than you, and you will just be carried downstream, even if you shout against it.

However, as a bridge-builder, it is a matter of freedom, beauty and reducing suffering. I don’t go along with the river, nor do I go against it. Instead I try to carefully touch it, only when it’s needed. I simply try to build a bridge across it, as high and safe as possible. I do it with and for others, and for free.

So up there, in that additional dimension above the flatland, minds and hearts get elevated. I’ve heard children in Myanmar shout: “Look, I’m walking on the water!”

So if anything, this could be my advice: elevate yourself, by helping others.

Are you interested in having people following you and learning from you?

I’m interested in humanity. Much more than a few bridges is needed in so many areas. To physically follow me is not useful, but actually limiting.

Our story proves that each human’s effort has a value, and that it is possible and beautiful to live like this. Those who sense this possibility and this beauty will find their own path and their own bridge to build.

Cover photo: Toni and his colleague Burmese Aiklian in Myanmar 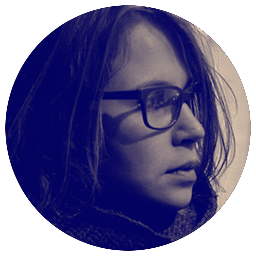