Renaissance man: glowing genius in an age of darkness 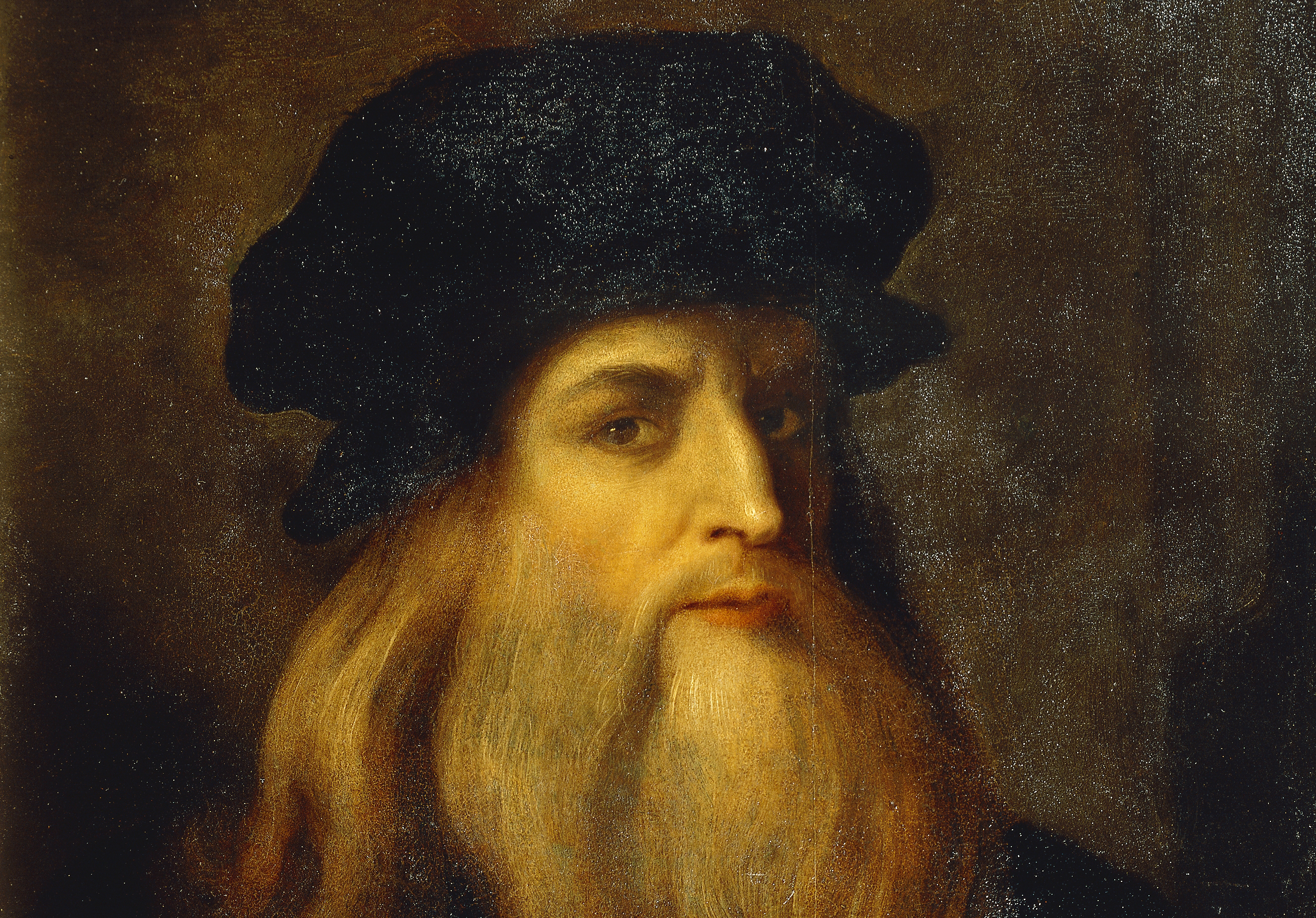 Leonardo Da Vinci was born in Vinci, approximately 30 km away from Florence, on April 15, 1452. His father, Piero, a lawyer, came from a family with a good reputation, although he (or his family, for that matter) was neither wealthy nor noble. His mother, Caterina, was poor yet beautiful. The two did not marry, as Piero was looking for a wife that was both affluent and noble and Caterina wasn’t any of the two. Caterina, instead, married a man nicknamed “Attaccabriga” with whom she had her second, third, fourth and fifth child, (Piera, Lisabetta, Francesco and Sandra respectively). Young Leonardo, as the child born out of wedlock, received little attention compared to his brother and sisters, something that made him both dejected and resentful. The situation didn’t improve much when Leonardo, then a five years old, moved into his grandfather Antonio’s house: his father had, in the meantime, moved to Florence with a wife that met his requirements and her mother was busy raising four other children, leaving Leonardo to grow up on his own.

School didn’t suit him, as he loved to investigate questions on his own: mathematics wasn’t his cup of tea and he just couldn’t get a grasp of Latin (something that would remain true for the rest of his life). Early sign of his genius, though, are picked up in his famous “mirror writing”: worried about the possibility of others stealing away his ideas, he wrote in a way that could be understood only by putting the scribbled pages in front of a mirror. It’s a terribly complicated thing to do (the writer of the piece you are reading has tried to, with unbelievably poor results) that, instead, to Leonardo came off as pretty ordinary. Leonardo wasn’t just able to mirror-write: he was exceptional at drawing as well, a talent that didn’t go unnoticed to his father’s eye, who had him come to Florence to study at the illustrious Andrea del Verrocchio’s studio when he was 14.

Florence was, all in all, already the economic and financial centre of Europe, ruled by the House of Medici, who had become the wealthiest family in Europe by lending left and right to various Kings and Monarchs scattered around Europe via their Medici bank, the largest and most well-known bank of the time. Cosimo de’ Medici, then ruler of his House, spent the family fortune to make Florence the artistic centre of Europe as well, bringing the best and the brightest to Florence to turn his city into the jewel that we admire and love to this day. Leonardo directly experienced this bonanza at Verrocchio’s studio, sharing the learning experience with, among others, Sandro Botticelli. Nevertheless, bright mind that he was, Leonardo felt constrained by having to imitate his teacher’s work, whom he wanted to outdo: anguished, Leonardo wrote that “the pupil who does not outstrip his master is mediocre”. After having mastered how to model sculptures with terra-cotta and clay and having learnt how to draw on draperies, he moved on to painting, to which he applied with the same, intense focus and passion. He spent time experimenting with anything from oils to paints, passing through woods and metal, always striving to find ways to make his works ever more perfect.

Roughly six years after having moved to Florence, Leonardo started working on his own paintings: dated around this period are his Annunciation and the Baptism of Christ, on which he worked with Verrocchio, and his portrait of Ginevra de Benci, which some regard as his first masterpiece. In 1478, as Lorenzo de’ Medici had, in the meantime, replaced his father, Leonardo opened his own studio and it’s to around this year that his first engineering sketches are dated back. Unsatisfied with being only an artist and an engineer, he also took on music (building his own instruments and self-teaching how to play them) and poetry (riddles in particular), composing and writing with a bunch of friends about day-to-day issues of ordinary people. Three years later, his first major assignment came through in the form of an altarpiece for the Augustinanian monastery in Scopeto. As it had been the case with a previous assignment, another altarpiece for a chapel in Palazzo Vecchio, this work was left unfinished.

Accompanied by the fame of a failed artist, Leonardo moved to Milan in 1482, presenting himself more as an engineer than an artist to Ludovico Sforza, Duke of Milan. Yet, the Duke was more interested in Leonardo as a composer and performer than in his artistic and engineering genius.

At court, then, Leonardo directed and performed music. While he had the chance to paint, like the Lady with an Ermine or the Virgin of the Rocks, his primary artistic commission, in 1489, was a 12m tall, 80 tons, single piece of bronze portraying Francesco Sforza, the Duke’s father, on horseback. Such a feat would be difficult even nowadays, but Leonardo’s ambition had no boundaries.

Yet, this time around, war — and not his multitude of occupations — came to ruin Leonardo’s plan.

Bronze destined to the statue was instead turned into cannons, far more useful for the conflict with France than a statue. Also, Sforza stopped paying Leonardo altogether. Unfortunately, when the conflict was over, the bronze didn’t come back into Leonardo’s hands. Ludovico, with less pressing matters on hands, assigned him the Last Supper in the Convent of Santa Maria delle Grazie which remains, to this day, one of his most celebrated works. When Milan later fell in the hands of the French, Leonardo was jobless as the French had no use for him. Dispirited, he made his way back to Florence in 1499.

In Florence he, again, took on many projects, from another altarpiece for the Servite monks to various portraits, but without finishing them. As always, he was too busy being himself, which meant a never-ending pursuit of knowledge in any field (Leonardo, in his notes, wrote “the natural desire of good men is knowledge”), to have time to dedicate to finishing his works which, especially as he grew older, he came to consider only as a mere mirror of reality. Although he may have lost interest in painting, while in Florence Leonardo found time and desire to start painting the Mona Lisa. Slowly, still, Leonardo plunged into depression as he always struggled with finances and he couldn’t find the answers to all the questions that kept popping up in his mind, which left him disheartened and insecure.

As he was on the verge of despair, news came from Milan that no less than the King of France, Louis XII, impressed by his works, wanted to make him royal painter and engineer. Leonardo wasted no time traveling back North yet again and, while he did paint a few things, he was given more engineering and architectural assignments than anything else. He spent countless hours studying anatomy, making such perfect drawings of the human body that they are used to this day in medicine textbooks. He wrote books about animals and plants. He wrote long essays about physics. He invented war and flying machines. He built rudimentary telescopes and studied the solar system. He walked around with his trusty yet confused sketchbook, drawing up everything to understand how that given thing worked and how he could ameliorate it.

As his life drew to a close, Leonardo was tormented by how little he had learnt, how little he had discovered, how little he had accomplished: he said “tell me if anything at all was done”. A man who has accomplished more than what 99.99% of people have accomplished in their lifetime and ever will always felt, throughout his life, the painful boundaries of human imperfection. He wanted to master it all, yet he could only master what 67 years allow you to master. He made utter knowledge his god and he cherished the ravenous curiosity he was born with. He never claimed to have accomplished anything particularly noteworthy. On the other hand, he wrote about the dangers of vanity, haughtiness, unmotivated self-confidence while praising relentless dedication, modesty and self-awareness.

Yet, in a society in which he would be disparaged and relegated to the sidelines, he gets the ultimate revenge: droves of people who would throw bricks at him always stand in front of his Mona Lisa, tickets for Santa Maria delle Grazie run out in minutes and, 517 years later after its painting, his Salvator Mundi, one of the some 15 paintings that remain and the only one still in private hands, has been sold by Christie’s for an unprecedented 450$ million. The famous Apple’s “Think Different” campaign comes to mind:

Here’s to the crazy ones. The misfits. The rebels. The troublemakers. The round pegs in the square holes. The ones who see things differently. They’re not fond of rules. And they have no respect for the status quo. You can quote them, disagree with them, glorify or vilify them. About the only thing you can’t do is ignore them. Because they change things. They push the human race forward.

It is still Leonardo’s world, whether you like it or not. And we are all just living in it.