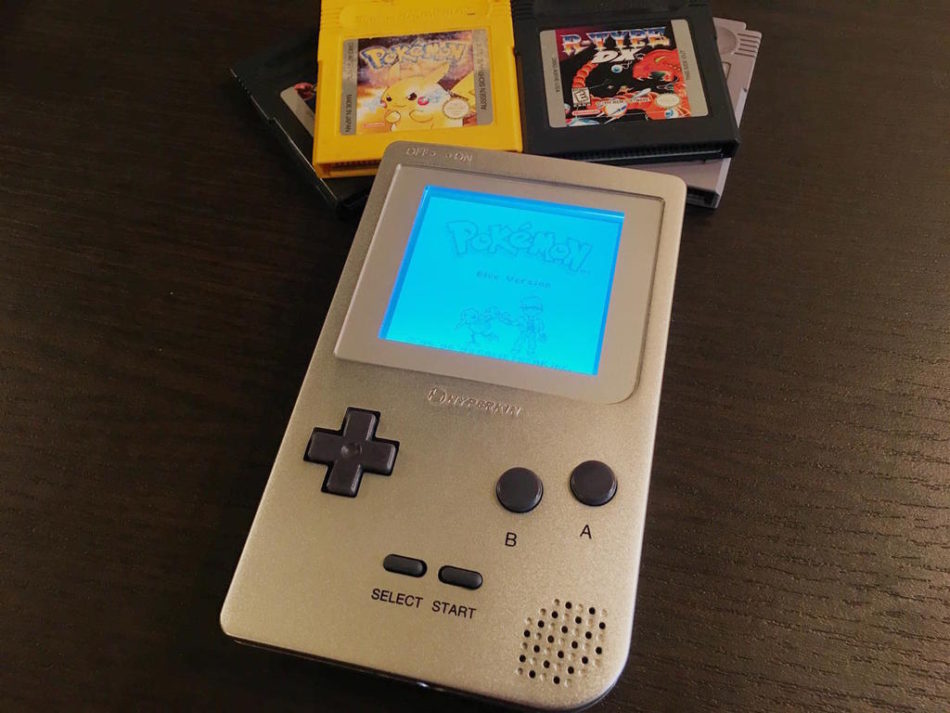 Brace yourselves, nerds. Game Boy might be back for good. Well, not actually Game Boy. Something incredibly similar though: Hyperlink just uncovered the prototype of the Ultra GB, an updated version of the classic handheld console.

This isn’t the first time the gaming hardware development company stretched a hand towards the always-nostalgic GB fanbase. Last August, the company introduced the Smartboy Development Kit, a device that attaches to Android smartphones, turning the phone into a console compatible with Game Boy and Game Boy Color cartridges.

Now they’ve done it again, only better. At the 2018 Consumer Electronics Show (CES), which took place in Las Vegas from the 8th to the 12th of January, Hyperlink shared the Nintendo-inspired console, which plays the original Game Boy cartridges. The design is similar to the Game Boy Pocket ones’: such features as the button layout, the volume control and the power switch didn’t change. Only the aluminium structure and the front-lit screen have changed to keep up with the times, along with the stereo audio. There are a few dissimilarities between the prototype and the final product, though: the power connector, which will become a USB-C port, and the display screen’s blue tint, to be altered with an RGB colour wheel.

There still is no release date, but Hyperlink stated its intention to release it late this summer, or at least within 2018. The price to jump back in time? Likely to be under $100.

Is there anything that’s just not perfect, not ULTRA? Well, just one thing. There is no cartridge included.

Actually, no new cartridge is supposed to be sold at all. This product is specifically designed to make the former Pokémon kids happy once again. Well, and to make collectors richer, but that’s another story.

Is this another move towards the “sequel trend”, destined to never provide new generations with the instruments to appreciate the past, but always to seamlessly replicate it? And – If so – can the adult, and adult-er, generations blame them for not appreciating their roots, and, more often than not, enjoying “garbage” games, movies and books?

The Ultra GB is not here to answer these questions. It’s here to make the 90s kids’ eyes sparkle. Those eyes could be yours, if you only make sure you have the old cartridges at your fingertips by the time it comes out.