Of covfefe and other tales: a year of the circus presidency 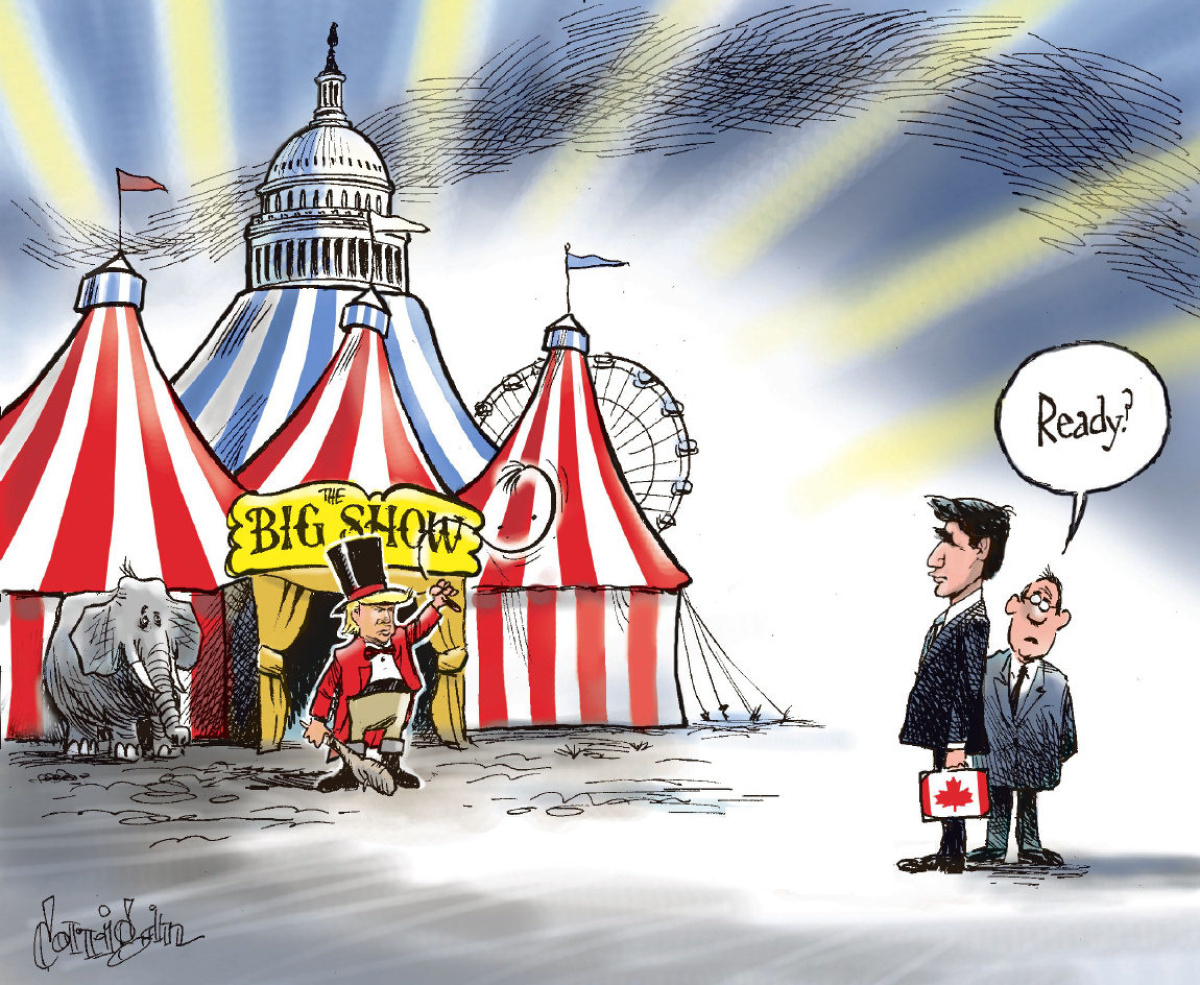 Let’s put it this way: it could have been much worse than it actually was. Many were wondering, one year ago, whether Mr. Trump could walk the walk, after having talked the talk on the campaign trail. As the chaos surrounding the man continued to make headlines, many have lost track of ascertaining whether he has been walking the walk, policy-wise. It turns out, he hasn’t, to a large extent, done that. But, when he has, he has severely damaged the American economy and society.

Mr. Trump remains unfit for the Office. That comes as no surprise.

But he is no more unfit today than he was one year ago.

The ego-centrical tendencies and the urgent need to monopolise everybody’s attention are not new. These gazes, that before were directed to about every place in America the aspiring President happened to be in, have become stationary: everything, now, in Washington is of Mr.Trump, by Mr.Trump and for Mr.Trump. Everything that is good, at least.

All the “bad/evil” things (to use Mr.Trump’s sophisticated language), those are always somebody else’s fault.

Take the economy, for example. Yes, the economy seems to be doing just fine: the unemployment has decreased from 4.8% to 4.1%, GDP annual growth equalled past year and markets are up by 25%. Mr.Trump claims this is largely due to his and his party’ policymaking genius. This claim has little empirical merit. The unemployment rate was reduced cut by more than half during Mr.Obama’s presidency, down from 10%. Mr.Obama inherited an economy that was hemorrhaging more than 800.000 jobs per year and turned it into the third longest expansion in US history. Moreover, this recovery came together with a large global upswing in economic growth for which both Mr.Obama and Mr.Trump have little merit. The three main American indexes (S&P 500, Nasdaq and the Dow Jones) were down by almost a third in March 2009 compared to Early September 2008: they had  increased by 195% when Mr.Obama left office. In other words, Mr.Trump was lucky to find an economy that was already booming. All he had to do was try not to make a complete mess of it (like Theresa May is doing with Brexit, for example). So far, he has accomplished that. Even though his top policy advisor is not some Nobel-winner-led committee but a highly debatable TV program like Fox & Friends (just look at Mr.Trump’s Twitter account if you don’t believe it).

If he has, so far, managed to keep things going a large merit goes to the fact that his most outlandish policy ideas have remained confined to the back of his mind where they were (ill)conceived: the idea of slapping across-the-board tariffs on Chinese goods, pulling out of NAFTA and a trade deal with South Korea are nowhere to be found. That’s a good thing, of course. The final tax cut, for as regressive as it may be (as this newspaper has already discussed), is several times smaller than originally advocated. Impact on deficit and debt, then, will be less havoc-wreaking. Of course, it won’t bring any kind of benefit the bottom 80% of taxpayers but that is a different matter  than its short-term impact on state finances.

Mr.Trump, however, promises more than this steady-as-we-go approach to economic policymaking: a 3% increase in annual GDP growth rate. That is quite a bold claim, particularly bold because it would have to be accomplished with an economy at full-employment level. This implies, necessarily, an enormous increase in productivity. Neither Mr.Trump nor Treasury Secretary Steve Mnuchin have been kind enough to delve into the details of how they plan to achieve such lofty targets.

What has not remained in Mr.Trump’s mind it’s the pullout from international affairs and the curbing of internal regulations. The scrapping of the TPP, while economically a savvy move, leaves Asia without a strong economic connection to the United States; the walkout from the Paris accord on climate leaves the world without its most indispensable nation in its most indispensable fight in its history. Gallup polls show how world population has more faith in the much-disparaged China than in the United States as a world-leader. Talk about getting tired of winning. Net-neutrality has been repealed, with far reaching implications on who is able to access what and at which speed on the internet, making it much less democratic than it used to be. The Clean Power Plan put together by Mr.Obama to reach the necessary amount of greenhouse gases cut to more or less limit climate change has been lightheartedly thrown into the garbage bin. The Interior department has torched the ban to drill for oil and gas on American shores put in place by Mr.Obama. And these are only some of the issues that are truly impacting the lives of the American people. Think about the multiple travel bans with people locked in and outside airports in and outside the United States in a general situation of chaos where nobody could really understand to whom the ban applied. Or think about the Gorsuch appointment to the Supreme Court and all the judges vacancies filled up by the Federalists after two years in which the GOP blocked about every single name Mr.Obama put on the table, how they are going to change laws at a local and state level. 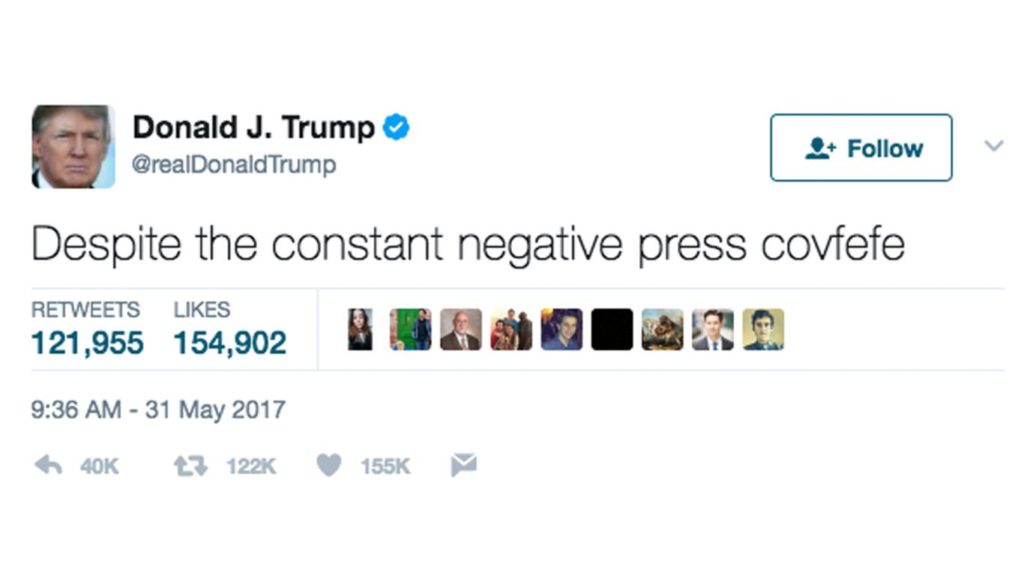 Think about how much coverage these events get compared to the policy issues above discussed. Yes, the Trump presidency is damaging the United States. Yes, he is unfit for the office, one year into the job. But, not much because of the gaffes and the words and the chaos. All that is smoke in the eyes. He is unfit for the office, instead, because of the executive orders he is signing, the regulations he is cutting, the people he is appointing, the laws he is signing. For that, he should be held accountable. Not for the geographically enlightened claims that Puerto Rico “is an island, surrounded by water, big water, ocean water”. And not for the “covfefes” either.