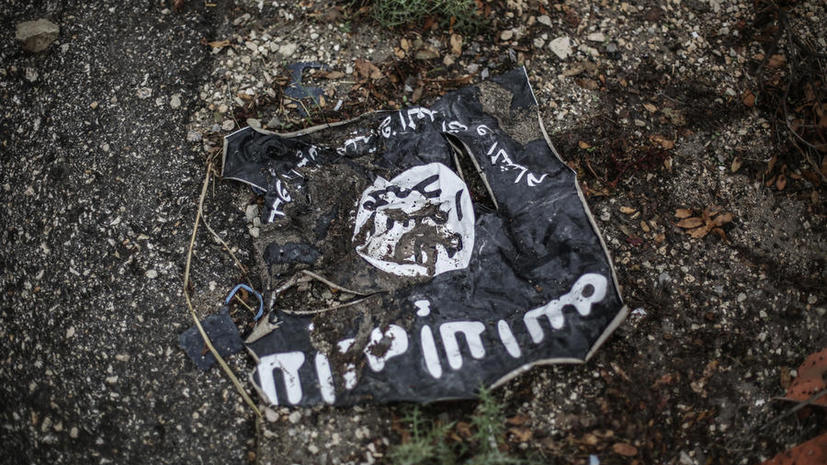 By the beginning of 2018, the Islamic State of Iraq and the Levant, at least as a force holding territories (not as an insurgent force), was no more. ISIS’ last stronghold was Raqqa, which was taken over by the the Syrian Democratic Forces, a mainly Kurdish group which enjoyed the assistance of the U.S.-led coalition that bombed to the ground every ISIS’ agglomerate in the Kobani-Fallujah-Mosul triangle. While in Syria ISIS’ defeat was to be attributed to the Syrian Democratic Forces, ISIS’ defeat in Iraq was the product of joint operations between the Kurds, the Iraqi Army and Iran’s backed Shia militias, always supported by the United States and their coalition.

All in all, where does ISIS’ defeat leave us? In a nutshell, in a mess. Starting with Lebanon, Hezbollah is operating inside the country and Prime Minister Hariri had resigned when visiting Riyadh in November 2017, withdrawing the resignation one week later as he came back to Lebanon. The New York Times reported that Hariri was detained by the Saudis, who were hoping in anti-Hezbollah protests to take place in the country as the Prime Minister accused them of plotting against him but such protests never came to be. Of course, the Kingdom of Saudi Arabia denies such accusations.

Moving on to the complete chaos that Syria is, Assad is still the Syrian’s President, supported by Iran, Hezbollah and Russia. This very Anti-Western coalition has managed to regain control of Aleppo (with an implicit backing of Turkey, even if Turkey is supposedly against Assad’s regime and allied with the rebels) and it’s now facing the Syrian Democratic Forces and a bunch of other rebel groups supported by the U.S.-led coalition. Because nothing about the Middle East is neither easy nor rational, Turkey has now taken over a few territories occupied by SDF (with a tacit ok by Russia which, being in control of Northern Syria’s airspace could have dropped bombs on the Turks if they were doing something that wasn’t okay with President’s Putin plans), SDF that has, at times, been supported by Russia which is, hence, supporting two opposing factions in the same country. Of course, Turkey is taking on SDF because the idea of a Kurdish State in Northern Syria affiliated with the PKK is as close to the apocalypse as it can get, especially after the United Staes have announced that they are going to remain in the region as a “stabilising force” in order to prevent the various actors to fill the vacuum left by ISIS. The United States had suggested they were going to create a security force on the Syrian Turkish border, a move that had managed to bring together Assad and Erdogan who, until a minute before, were in conflict one with the other.

The quintessential problem with the Middle East is that every party’s declaration always contains a fundamental truth, but that truth is always pushed to the extreme so that in the end it sounds false to the other party’s ears.

Take Turkey’s claim that the YPG (The People’s Protection Unit, the armed branch of the PYD, the Kurdish Democratic Party in Northern Syria) is the PKK. That’s a false statement, but it is also true that the PKK was once in Syria and they were supposed to get back to Turkey sooner or later. On the other hand, Turkey should appreciate that the SDF has meant the difference between ISIS in Turkey and not in Turkey. Also, they have managed to administer Northern Syria in a very good fashion, especially considering that they were fighting ISIS at the same time and the territories they were taking over day by day were completely razed to the ground. The Kurds are, also, some truly excellent soldiers. Not Sayeret Duvdevan’s (the most elite unit of Israel’s Special forces) level, but the sky is the limit. Going back to Turkey’s taking over SDF’s territories, this move has all sorts of implications because, with this, Turkey is going against the United States and their coalition, which is not going to take this with a smile.

Two NATO countries could potentially end up fighting each other in Syria.

President Putin must clearly be amused by this. The beauty of it it’s that if Turkey pushes a tiny bit too much inside Syria, then you could end up with a war against the same actors that are allowing them now to move inside Syria. Namely, one could foresee a future conflict between Turkey and the U.S.-led coalition against Assad, Hezbollah, Iran, Russia and whoever will want to join. The move by the Turks is also fomenting Kurdish discontent in Iraq and Iran (yes, there are Kurds in Iran as well). And God knows what can happen if the Kurds rise up all the same time in the three different states. In any case, the accord about the future of Syria, whenever that may come about, will have to satisfy no less than 8 parties: Syria’s President, Lebanon (Hezbollah), Iran, Iraq, Russia, the United States, the Kurds and, loosely speaking, the coalition. One might even include Israel among the parties, even though Israel has, so far, stayed away from the Syrian conflict. The fundamental issue is that Israel will never want an Iranian proxy on the border. Hezbollah is already enough. Not to mention that an Iranian corridor from Iran to Lebanon passing through Iraq and Syria would scare the hell out of the Israelis (and understandably so). For more in Syria, even though it is already an old book given the unbelievable fluidity of the the country, I strongly recommend the reading by Christopher Phillips of The Battle for Syria: International Rivalry in the New Middle East.

If Syria’s situation is complicated, Iraq’s not that much better. First of all, Iraq is, essentially, an Iranian dependance (as the French would say): the government is headed by Haider Al-Abadi, a Shia; the Shia militias, under the name of Popular Mobilization Forces (PMF), have filled the void left by the incompetent Iraqi army (in the immortal words of General Martin Dempsey, Chairman of the Joint Chiefs of Staff “Iraqi forces weren’t driven out of Ramadi, they drove out of Ramadi”); Southern Iraq is so much in the hands of the Iranians that one of the major highways is named after no less than the late Supreme Leader Ruhollah Khomeini. The Shia militias, many of them either sent by Iran in Iraq (like the Badr Brigade, Asaib ahl al-Haq, Ketaib Hezbollah and Harakat al-Nujaba) or with affiliation to Iran, have been accused (not without merit) of atrocities against Sunni Iraqis, after having fought alongside Assad in Syria. In the North, the Kurds, based around Erbil, after decades of fighting against either Iran, Saddam or ISIS, are sick and tired of being perennially at war with the next ruler of Iraq and are up in arms and even voted for their independence in 2017. The United States, of course, supports them. Always in the North and North-West there are now groups of Hezbollah fighters and Turkey soldiers. And Saudi Arabia is now trying to buy its way into the country. They are investing in Iraq, especially in Baghdad and in the South, with several businesses in the oil and chemical industries setting up offices in Baghdad. Flights have been restored between the Kingdom and Iraq. Also, they are the largest pledgers of aid to Iraq for the reconstruction of the country in the region. The Crown Prince of the Kingdom of Saudi Arabia, the son of King Salman bin Abdulaziz Al Saud, Mohammad Bin Salman is now trying to shake the Kingdom of its sectarian foreign policy, by supporting effective Shia politicians in the country and even meeting with top Shia clerics like Muqtada Al-Sadr, which we already mentioned in the second article of this series as one of the leaders of the Shia insurgency during the American occupation of Iraq. In May new elections will be held in Iraq: it’s probable that Prime Minister Al-Abadi will in again and, if this will be the case, it is absolutely paramount that he won’t act as his predecessor Al-Maliki had. Sunni Iraqis need to be represented in the government in proportion to their presence and treated like any other citizen. It’s the Government of Iraq, not the Government of Shia Iraq. Al-Abadi will have to rule accordingly. Sectarian policies shouldn’t even be mentioned. Possibly, he should treat Sunnis better than Shias. If he were to do that, the Sunni world would be with him should Iran decide to be a problematic neighbour.

Yemen is by far the best candidate to be a re-run of Syria. The story of the conflict is, as anything related to the Middle East, wildly complicated. In 2011, during the Arab spring, President Ali Abdullah Saleh was forced to pass his power onto Abdrabbuh Mansour Hadi, his deputy. The new President failed to deliver to his people as he was dealing with a number of issues ranging from terrorism, army’s unresponsiveness to separatist movements and food insecurity. In 2014, Houthi rebels, allied with former President Ali Abdullah Saleh and backed by Iran, rose up and captured much of the country, including its capital Sanaa. By 2015 the Houthi rebels and Saleh loyalists tried to take over the entire country. Hadi fled to Saudi Arabia. At that moment, Saudi Arabia, leading a coalition of other Arab countries, intervened in the war. In the general breakdown of the State, terrorist groups of Al-Qaeda and ISIL showed up in the country and took control of much of the South. Fast forward to the end of 2017, Ex-President Saleh, after a fight over the control of Sanaa’s largest mosque started armed clashes that left tens of people dead, suggested an opening, an accord to the coalition if they interrupted the blockade and stopped bombing the country. The Houthis, in turn, accused the Ex-President of selling out the enemy and they later killed him as he was trying to abandon the capital. Further complications come from the fact that the coalition is fracturing along support of independence groups inside the country. The humanitarian situation is a total tragedy, so much so that the United Nations have declared Yemen to be the worst humanitarian crisis in the world: both cholera and diphtheria are present in record numbers, millions have fled their homes, tens of thousands have died, millions of children are facing starvation and so are their parents, the economy of what was already the poorest country in the Middle East is in shambles, the collapse of law and order is absolute.

As one can appreciate, the Middle East is in total turmoil. It’s difficult to find a nation, apart from Oman, that is not involved or it’s a theatre of some clash between opposing factions. “Middle East, baby. Nice to meet you”. However, a subtle red line connects all these conflicts that seem to be scattered all over the region with no particular order. That red line, connecting all the capitals of the region from Sanaa to Baghdad, begins in Riyadh, Saudi Arabia and it ends in Tehran, Iran (or vice-versa).