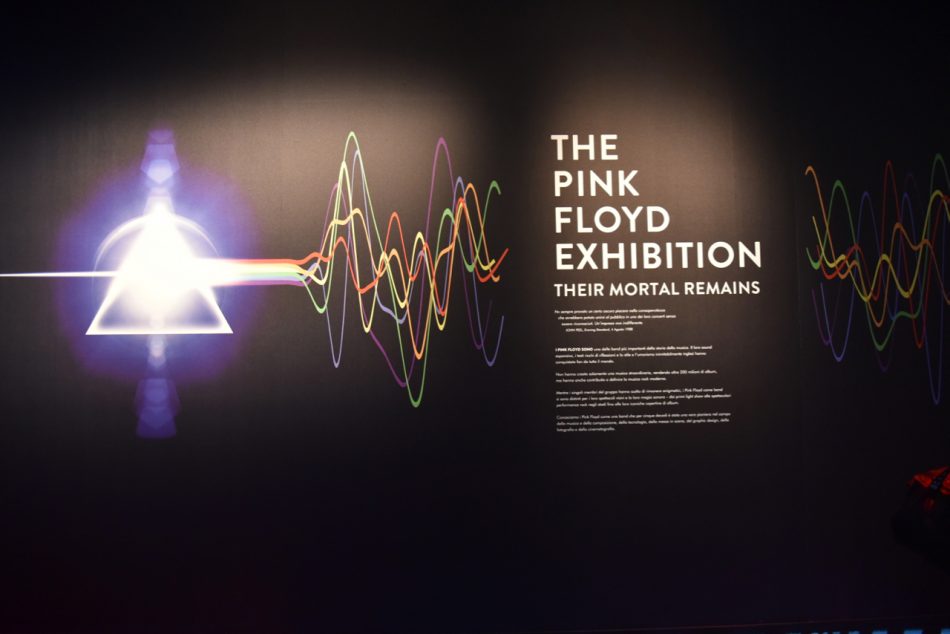 First things first, Their Mortal Remains didn’t let me down. I had high expectations given the great reviews the same exhibition held at the Victoria and Albert Museum in London past year received. I had even greater expectations because your truly has devoured basically everything that was ever written about the band. And even to such a a requiring fan and individual, “Their Mortal Remains” was able to provide an insightful and enjoyable experience.

The exhibition is truly a comprehensive story of the Pink Floyd, presented in chronological order from the very beginning to the very end.

It is structured in multiple rooms (six), covering each different periods. The first one, a very psychedelic one, introduces the psychedelic atmosphere in London in the 1960s in which the Floyd were born. The second, goes all the way from Piper At The Gates of Dawn in 1967 to Dark Side of The Moon in 1973. The third one is dedicated to Wish You Were Here only. The fourth one covers from Animals in 1977 to The Final Cut in 1983. The fifth covers from A Momentary Lapse of Reason in 1987 to Pulse in 1995. The sixth is a room with a projection of the very first Pink Floyd’s video, Arnold Layne, and the last, Comfortably Numb at the Live 8 in London.

The experience, I believe, varies according to the visitor previous knowledge. If the visitor is a deep fan of the group, everything around keeps ringing bells in one’s head, turning into a truly exciting “treasure trove”. Instead, if the visitor is merely a fan or, even worse, has no knowledge about the history of Pink Floyd, keeping up with all the names and the dates thrown at him/her in those two hours can be quite daunting.

The Pink Floyd veteran will appreciate the multi-sensory journey through the history of the band. He will fall in love with looking at all the cool posters of various events, with all the various instruments that came to create the magic, the interviews to the protagonists (often taken from other documentaries already shot about the band and its albums), the letters, the photos, the newspapers’ articles, the animations and all the drawing procedures behind them, the various versions of the albums, the drawing and sketches of the album material, suspended beds, the inflatables.

Hell, you can even play Alan Parson’s role and try out the mixing of Money.

It’s difficult to say that Pink Floyd die-hards will learn much (but I did learn about this hilarious thing the Floyd did during the The Wall tour, when they had announcers with the Teacher’s voice put inside men’s bathrooms that all of a sudden went “You there! Put that away and get back inside this minute!”), but they will surely love seeing exactly how every single thing they love came about.

I could go on for quite a while about examples of things I was very aware of but I had actually never seen but I will limit myself to a few: Gilmour’s setup in Pompeii, Time’s clocks’animation pen sketches, The Pink Floyd’s adventure magazines after Wish You Were Here, David Gilmour’s Black Strat replica, the famous mortar-sheeps that were used on the In The Flesh tour, the page of “scribbled lines” with the lyrics or Another Brick In The Wall, the masks worn by the band which are on the cover of Is There Anybody Out There and used during the The Wall Tour in 1980-1981, the light-bulb man in real-life size, The Division Bell’s facing heads.

This piece wants to avoid colossal spoilers so I have tried to keep it to the point while being informative enough about what to expect.

It’s worth it, whoever you are, wherever you may come from. It’s a great occasion to do what the Pink Floyd have always tried to do: going beyond the music.

In this sense, it’s truly a Floydian exhibition. One thing is to read about the process, another is to see it and touch it. It’s a way to to “touch” and “feel” (to use the verbs of Brain Damage) the music we love. Pink Floyd have always been a band all about deep realism, that managed to find its way into people’s lives by showing them what was going on. And this is the next logical step in having them become even more real to the fans, both the first timers who has the privilege of being there and the late comers who didn’t have the privilege but that now can say “I have seen with my own eyes what that must have been like, building this ju—ggernaut that changed music forever”. And for that, we should all be grateful. I am. 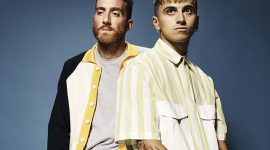 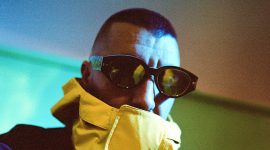 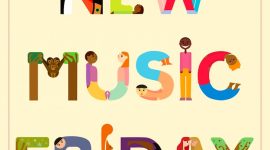