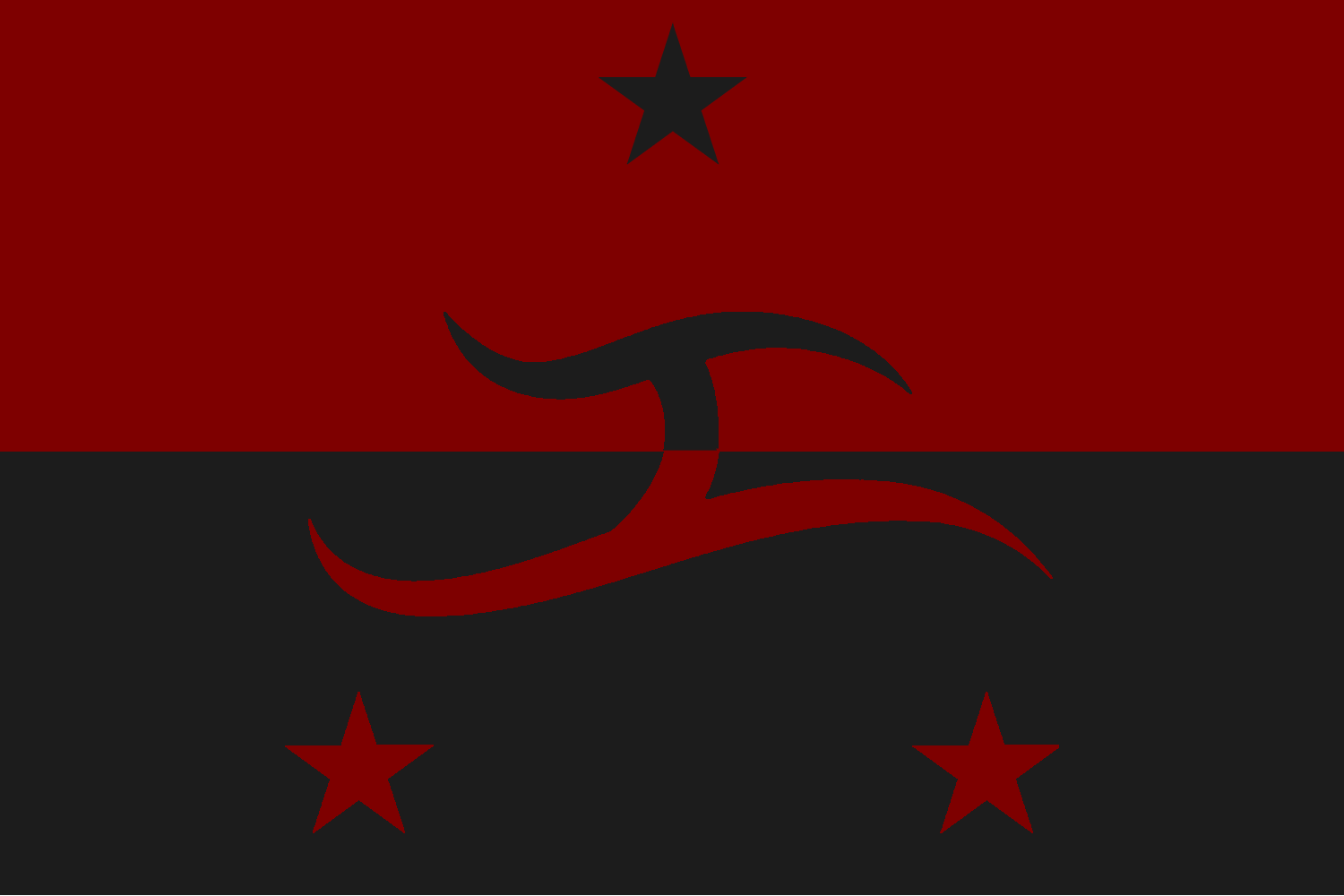 Anakbayan Europe is a mass organization established in 1998 and open to the Filipino youth. Its main goal is to  bring change to the Filipino society. In order to reach such aim its members have been long campaigning for subjects such as academic freedom, free education, support for conflict-affected communities and against war and austerity.

We have had a talk with Einstein Recedes, the general secretary of Anakbayan Philippines, to discuss some of the hottest political and social issues of their country.

Anakbayan Europe believes a crucial issue of the Filipino society is the lack of freedom and democracy. But the Philippines is a presidential democracy, so why do you have this belief?

Anakbayan is a National Democratic Mass Organization, with chapters all over the Philippines and wherever freedom-loving Filipinos are present: in the US, Canada, Europe, Australia, and Asia.

Anakbayan believes that the presence of elections in a country does not instantly equate to genuine political freedom and democracy. Rather, we must also look at how such a government represents and champions the economic, social, and political interests of the vast majority of its people — National Democracy.

We stand for genuine freedom and independence from imperialist dominance and control over the Philippines’ economic, political, military, and cultural affairs. We say that we are “democratic” because we carry the democratic aspirations and interests of the vast majority of the Filipino people: the farmers, workers, students, indigenous peoples, and professionals.

In the Philippines, both local and national governments are overwhelmingly composed to traditional political dynasties. Members of the same family or clan — grandparents, uncles, children, spouses, grandchildren — occupy positions in various levels of local government from the provincial level down to the barangay (barrios or wards); and represent the district in the Philippine Congress.

For a society to be considered truly “free” and “democratic”, we also have to look at how all of these rights — civil, political, cultural, social, and economic rights—are able to be enjoyed by the poorest and most marginalized in a society. We believe that National Democracy is the only way to achieve a truly free and democratic Philippine society.

You have been launching some campaigns along the years, such as the campaign in defense of academic freedom, the campaign to release members of the Filipino diaspora fallen in the trap of human trafficking, the campaign for free education and one against military and paramilitary forces’ brutality. Which results did you obtain in these fields?

We have recently scored a major victory in the decades-long fight for the right to education with the passage of Republic Act 10931 or the Universal Access to Quality Tertiary Education Law which makes tuition and other fees in state universities and colleges free. This would go a long way towards ensuring that the future generations of Filipino youth will not be denied a college education due to their inability to afford tuition.

Fighting against the full power of the state is extremely difficult as they have the full legal monopoly of coercive power. However, we are still fighting to bring the perpetrators of massacres against peasants, farmers, and activists to justice.

Recently, Anakbayan participated in the International People’s Tribunal in Belgium where the Duterte regime was indicted and found guilty of crimes against the Filipino people.

The testimonies and evidence collected in this tribunal will be forwarded to the International Criminal Court in order to bolster ongoing action against Duterte’s murderous dictatorship.

Aside from supporting the campaigns of progressive Filipino migrant org MIGRANTE; Anakbayan joined other Filipino youth organizations and sectors in successfully picketing the Indonesian Embassy in Manila to stay the execution of drug mule Mary Jane Veloso, who was manipulated by drug syndicates into unknowingly carrying a suitcase with hidden drugs into Indonesia. The government of Indonesia thankfully stayed her execution in order to expose the wider network of drug and human trafficking syndicates who prey on the region’s poor to move illegal substances past national borders.

According to Human Rights Watch, since taking office on June 30, 2016, Philippine President Rodrigo Duterte has carried out a “war on drugs” that has led to the deaths of over 12,000 Filipinos to date, mostly urban poor. This policy has been massively criticized by the international community, NGOs, the United Nations, and last February, the International Criminal Court opened a preliminary examination on extrajudicial killings in the Philippines. What is your position on this crucial issue?

Anakbayan’s position is that Rodrigo Duterte’s war on drugs is a war on the poor that should be screpped immediately. There should be a full, comprehensive investigation of these extrajudicial killings to determine the culpability of state forces, and that those responsible should be prosecuted and jailed—including Duterte himself.

These over 12,000 deaths are almost exclusively from the poor. The war on drugs victimizes all of the poor who live in fear that they might be gunned down by motorcycle-riding assassins, summarily killed in raids, caught in the crossfire, and extorted and raped by hoodlums in uniform.

At the beginning of 2017, thousands of people gathered in Manila to protest against Duterte’s war on drugs, while a survey that was carried out in October (2017) showed nearly nine out of 10 Filipinos supported war on drugs. Is Filipino society polarized on this issue? Has public opinion changed over time about it? If yes, how?

Well first off, everyone is against illegal drugs. We are all intimately aware of the destructive effects crystal meth and other addictive substances have on the health of addicts and our communities.

Duterte came to power promising to end the scourge of illegal drugs. However, we have seen that public opinion has really shifted against the Duterte regime’s war on drugs. Street protests against Duterte’s bloody war on drugs still occur on a regular basis, and the people’s outrage can be seen on social media as well. The Filipino people are angry at the drug war and its perpetrators.

The Filipino mainly due to its fascist methods which ruthlessly targets the poor.

In Duterte’s war on drugs, the Filipino people have seen our streets soaked in blood on a nightly basis, especially in poor communities.

Small-time street dealers and even suspected drug users are gunned down without any due process, which the police excuse as “nanlaban” or resisting arrest. Meanwhile, big drug lords are still at-large, convicted drug kingpins live lavishly in the “maximum security” New Bilibid Prison. These big drug personalities include Duterte’s son, his relatives, his businessmen friends, and political allies.

Shabu or crystal methamphetamine is still of particular concern in the country. An ethnographic research among young drug users in a poor urban community in the Philippines shows that the use of drugs is especially linked to economic harshness, as shabu allows the youths to stay awake and work at night, gives them energy, alleviates their hunger, and provides them with moments of euphoria amid their difficult lives. Considering that Duterte’s war on drugs has not overcome the problem of drug use in the Philippines, can you propose an alternative and more effective strategy to alleviate the problem?

The root cause of rampant criminality and drug use is economic, and its solution must be economic as well. The most sustainable solution to ending the drug problem is to provide the Filipino people decent jobs with living wages and ensuring the supply of affordable and nutritious food.

With decent jobs and living wages, there would be no need for the poor to get into the drug trade to support their families. The people would not need drugs to numb hunger pangs, or use drugs to work for far days without rest.

In the short term, addressing the drug problem requires looking at drugs as a health problem rather than a criminal one. Drug dependents should be provided with equitable access to rehabilitation facilities and provided opportunities for gainful employment, rather than be treated as animals with no hope of recovery and return to productive life.

Migrating is a common choice among Filipinos to face the lack of economic opportunities in their country. The issue has never been seriously taken into account by governments mainly because getting money from Filipino diaspora is very profitable. However, for the first time Duterte has promised there won’t be another generation of Filipinos working abroad. Does this commitment reassure you, especially the Filipino youth?

No, Duterte’s promises do not reassure the Filipino youth. Despite all of his promises, the labor-export policy of the Philippine government is still in full swing, with housands of Filipinos still fly out every day to work abroad. The country’s unemployment figures remaining virtually unchanged and underemployment—those who are employed and still looking for work or additional income—on the rise.

Filipinos are one of the most numerous foreign communities in Italy, especially in Milan. They are generally acknowledged as hard-working and respectful people; their children are born here and as a consequence they feel they belong here. Do you fear they could lose their Filipino identity, or do you believe intercultural exchange can be a win-win game for both Italian and Filipino society?

No, we don’t fear that Filipino children born abroad will lose their Filipino identities; and yes we believe that intercultural exchange is a win-win situation for both Italian and Filipino society through the sharing of experiences and histories.

Filipinos abroad will learn first-hand the rich history of people’s struggles and democracy in Italy and Europe, and hopefully these lessons can be transmitted back home to further enrich the people’s struggles for genuine freedom and democracy in the Philippines. As immigrants, they would know the difficulties of starting new lives abroad in order to earn a decent living, and join the mass movement in struggling for social change back home.

For Italian society, we hope that Filipinos abroad can also contribute to the rich social and political fabric of a country with history dating back thousands of years, perhaps by sharing experiences of a society that has experienced direct colonial rule for more than 300 years and has remained a pawn of imperialist powers—chief among them the United States—in its struggle for world domination.

What do the Filipino youth fear the most for their country and which is their biggest hope?

We fear as society that remains unchanged for generations to come—with the same politicians driving self-interested policies and programs, rampant poverty and starvation, under the dictatorial rule of Duterte and his cohorts.

However, we remain hopeful for genuine and meaningful social change. Activist groups like Anakbayan work together with the rest of Filipino society in advancing pro-people change every day. Our biggest hope is to live in a society that is truly “free”—free from labor exploitation, free from hunger and poverty, free from domination by foreign imperialists. 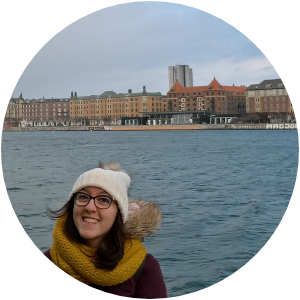