The anthropology behind House of Cards season 5 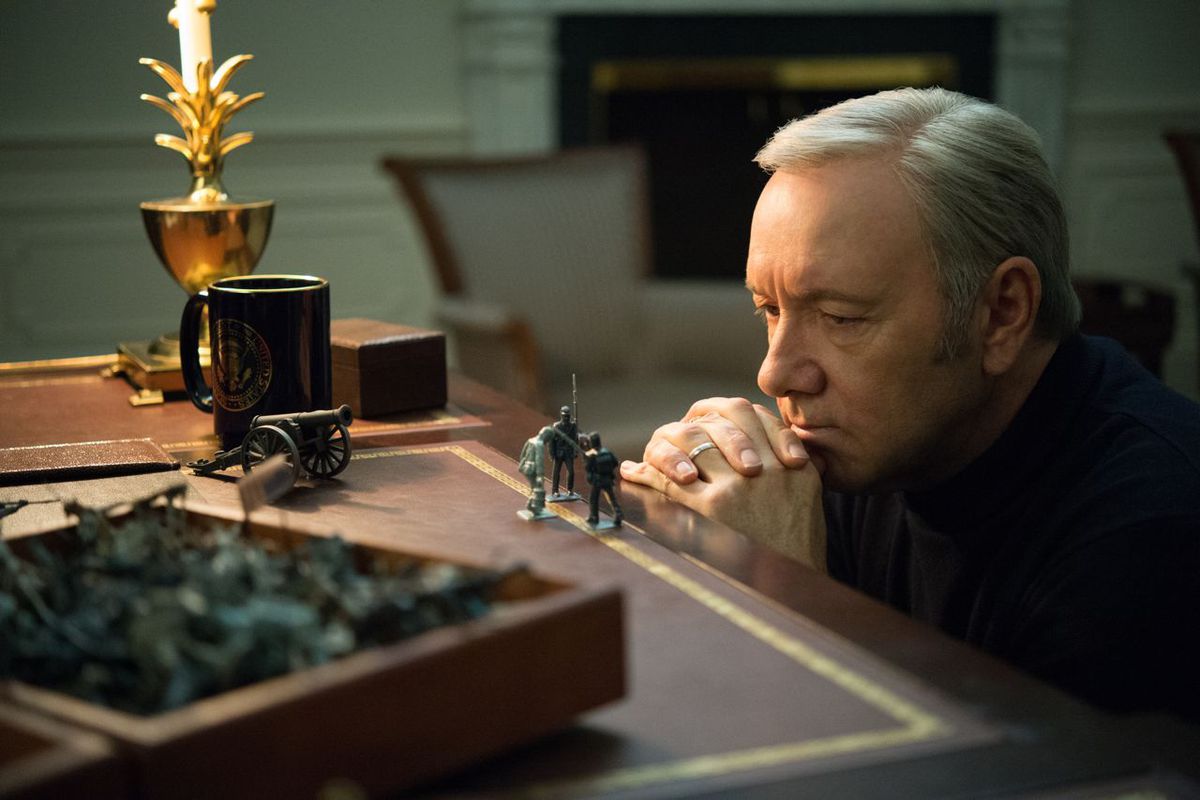 Season 5 of House of Cards will be available on Netflix on May 30th. At last. Because this is one hell of a TV series, arguably the greatest political TV series ever crafted.

The first 4 seasons shadow the story of Frank Underwood, then Majority Whip of the House Of Representatives, and his wife Claire and their journey on the gory road leading to the Presidency of the United States. Frank, whose proper name is Francis (as his wife calls him), is, at the opening of the story, supposed to become Secretary Of State in the new Walker Administration which he had supported. When to the position is appointed a different character, Frank starts his walk on a vengeful path toward utter power, a path which, the audience is reminded of, “is paved with hypocrisy, and casualties”. And indeed casualties, either literal or figurative, pile up with an undeniable regularity.

Not enough words can be penned to praise Kevin Spacey’s performance as Frank. It could be one of the three greatest male acting performance in TV series history, together with Brian Cranston’s Walter White in Breaking Bad and Jon Hamm’s Don Draper in Mad Men.

Kevin Spacey had already been beyond tremendous in his interpretation of Lester Burnham in the masterpiece American Beauty but this interpretation could be the one that enshrines forever him in the conversation about the greatest actors in human history: the firm voice, the icy stare, the dark wit, the grandiose demeanour. It’s a truly flawless performance. You add to that the never ending list of those iconic quotes pronounced directly in camera, breaking the fourth wall, like «democracy is so overrated», «there is but one rule-hunt or be hunted», «if you don’t like how the table is set, turn over the table», and you have on your hands a character you root for even when he does the most inhumane things.

Equally worthy performance, Robin Wright as Frank’s wife Claire rivals Spacey’s callousness and resolution. The couple is the textbook definition of power-hungry, relentless in the pursuit of their goals.

While the series is mostly about the relationship between Frank, Claire and their limitless ambition, they are part of a broader reflection about power and corruption, from which emerges a very cynic portrayal of mankind.

That everything people do is about present gratification of the ego, no matter the consequences for their future selves and the people around them. That people are weak and hypocrites, they say things and then do the opposite. That people would say anything to bring you on their side and they would wear any mask to get what they want. That what appears or feels to be something it’s usually the opposite, because we are all playing different characters with different people. That everybody is coldly calculating how to use the person next to oneself for his purposes and the discard him/her. That nobody it’s worth trust, not even the person who has been by your side for ages.

Because 99% of cases things are not what they seem to be.

Because, after all, « we are nothing more or less than what we choose to reveal» and getting to finally look behind the mask we are presented with by people on a daily basis requires an egregious amount of time. And, most likely, you are not even going to like what you are going to see.

House Of Cards, as the name suggests, it’s about asking whether each one of us it’s building its own House Of Cards, whether we are allowing circumstances to trick us into try and build something that can’t last because it has crumbly foundations (in this case, that power is so volatile) or not, whether there is anything behind the masks (even our owns) that is worth fighting for.