The tale of the flour war 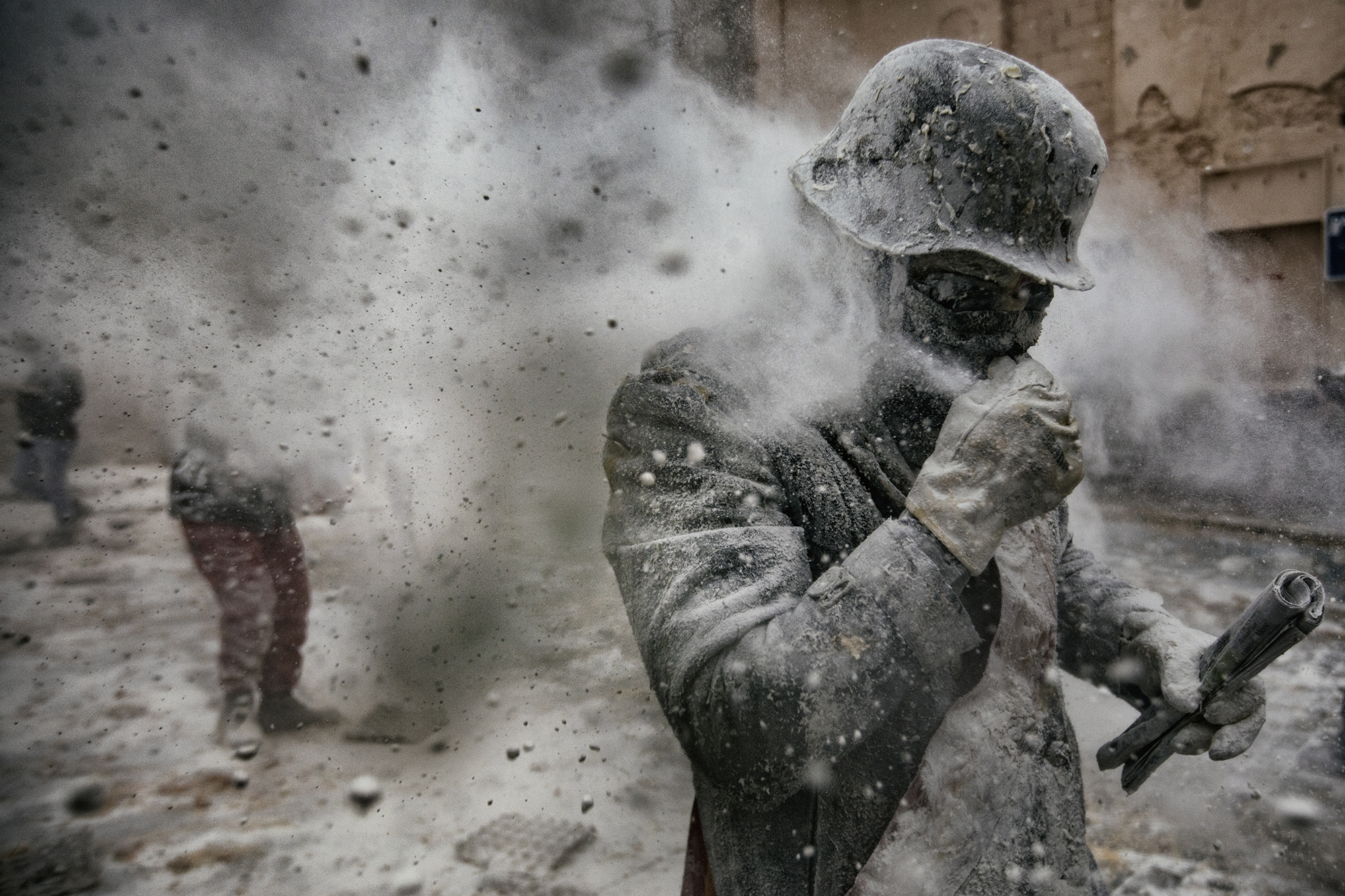 Giulia Giaume
Once upon a time, in the heart of the Hispanic territory, there was a white city. But not an inch of snow had fallen that day. It was flour. And egg shells. And why not, fire.

Every 28th of December, the Spanish town if Ibi is covered in a white vest, and a familiar sweet aroma. No one would say it’s under attack. A civil war takes place here, one made of fire, eggs and flour. And it’s no tale. 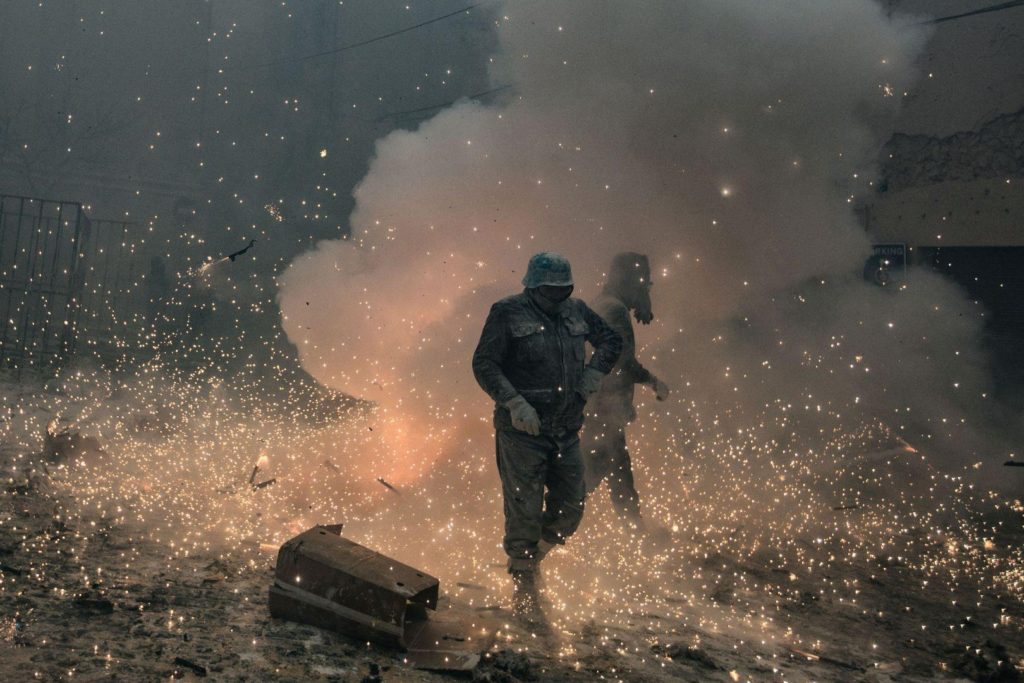 The Fiesta dels Enfarinats, literally the floured ones’ celebration, is a supposedly 200-year old celebration to commemorate the Biblical Massacre of the Innocents – although only revived in 1981. The whole day is dedicated to reenact a most unique civil war. The group of Els Enfarinats, the floured ones, stage a fake coup d’état in mock military garments, and take the city. As they claim “New Justice”, the madness begins.

To elect a new chief in command for Ibi, they organize the Race for Mayor, and the winner gets the promotion. They parade though the streets to get to the Church Square, the Plaça de l’Església, where they reside and draft new laws. But no justice is involved here: the most absurd these laws are, the better. And the residents must comply. Otherwise? They actually get fined, and if they refuse, go to jail. All the collected fees go to charity, though. Five points to the Enfarinats.

They raid the city for infringers though the whole day, until a rival army gets into the scene. Its’ La Oposicio, the opposition. It tries to fight the revolutionary government back, and restore the order. The battle is on: the town explodes with firecrackers, eggs and flour bombs. Debris flies everywhere, as the all-men armies pelt each other to exhaustion – all with safety goggles. In the end, La Oposicio takes the power back, and everything goes back to normality. Curtain falls. And clean-up time.

Such an event, must be seen with your own eyes. If you’ve got no time to fly to Alicante region, though, you may enjoy some beautiful photographs.

A precious insight of this unique festivity was given by photographer Antonio Gibotta, who won a stunning second prize for the Stories in the People section in 2017 World Press Photo contest – the most famous photojournalistic competition in the world. You can enjoy his, and many others’ extraordinary works, by going to the official exhibit in 100 cities and 45 countries. Check the nearest open ones here. And if you’re in Italy, you’ve got time until the 7th of January to go see it in either Naples or Aosta.