How Not To Starve: An Economic Guide to University 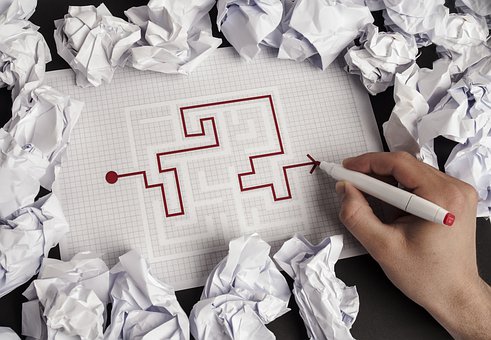 This higher-education obsession is widely evident in the political realm as well, so much so that one often hears about making Universities tuition free.

The underlying idea is laudable, giving a shot to all people irrespective of their parents’ incomes. Meritocracy 101. The remedy, though, would not be particularly economically illuminated for a variety of reasons. First, you don’t want Universities to turn into hospices for people in their 20s, where people roam around helplessly as long as somebody pays the institution to allow such mindless walking-around: students with top grades and who are perfectly on schedule should pay 0$ in tuition fees, not students who have been in higher education for ten years and plan to stay there ten years more. Second, that move would effectively have low and middle income earners subsidise education of the children of top earners (after all, who pays the relative largest amount to taxes?). Third, the value of a thing only diminishes as it gets more and more available: if everybody has a degree, returns on that degree will get lower and lower, bringing society back to the original issue of how to give everybody a better shot. Fourth, and the topic of this piece, a “degree” is not a “degree”: there is degree and there is degree. In other words, there is a PhD in Petroleum Engineering and a Bachelor Degree in Education (more on that in a second). You don’t want people to end up enrolling in degrees with abysmal returns, if the policymaker’s aim is to raise lifetime incomes.

The venerable Georgetown University’s McCourt School of Public Policy in 2015 put together one of the largest and most comprehensive studies ever on the matter of “how much is a degree worth?”.

Other financially particularly bad ideas, apart the already mentioned large group of Arts and Education, are Humanities and Liberal Arts: Literature, Art History, Humanities, Linguistics, Philosophy, Theology all rank between the 90th and the 110th place out of, let’s remember that, one-hundred and thirty-seven majors. Middle of the pack placement for Biology, Life Sciences, Communications and Mass Media and Journalism, all hovering around the 70th to 80th spot. Climbing up the ladder, and hence completing the picture, 14 Engineering Majors add to the three already mentioned (Petroleum Engineering, Mining and Mineral Engineering and Metallurgical Engineering) in the top 30. Economics (75.000$), Business Economics (75.000$), Finance (72.000$) break the Engineering domination. Computer Science (83.000$), Applied Mathematics 82.000$, Statistics (77.000$), together with Physics (81.000$), complete this prestigious list.
So far, only Bachelor Degrees returns have been discussed. But, as we know, most students don’t stop there, often pursuing a graduate degree (Master of Science, Master of Arts or, in Italy, Laurea Magistrale). Broader trends remain the same: if you want a substantial pay check, stay away from Arts, Education, Humanities, Liberal Arts, Psychology and Social Work graduate degrees, as they all rank in the top 30 list of graduate degrees with lowest mid-career annual wages, expecting that to amount to anything from 50.000$ to 65.000$ per year. On the other side of the spectrum, as always, Engineering dominates: fifteen of the Top 30 graduate degree Majors with highest returns were all sub majors of Engineering. Health and Pharmacy come at number 2 and 3 (128.000 and 118.000 respectively) and Economics is the only non Health and Engineering Major in the top 10, with a median mid-career annual wage of about 110.000$. To round up the top 30, we find Business Economics and Finance (100.000$), Applied Mathematics (105.000$), Computer Engineering, Computer Science and Statistics (all around 100.000$) but overtaken by Chemistry and Physics (102.000$).
Underlying such gigantic differences there is a very basic economic explanation in regard to supply and demand mechanisms. STEMs are very difficult Majors, yet they are highly valued by a society that is being flooded with data and with entire continents developing in such a short timespan. The few people who graduate in those majors find themselves to be at the centre of intense employers’ bidding war for those valuable yet rare skills. That happens less and less as we go down the list. “All degrees are equal”, people would like to be believe, but that’s empirically false: “some degrees are more equal than others”.